Getting fit for the future with a retrofit

Our columnist Siegfried Müller advises you to retrofit your old machine to make it fit and safe for digitalization. In this way, existing plants can continue to be operated effectively even in times of digitalization.

Was everything better in the past? Sometimes it seems that way, because retro as a cultural trend is very much in vogue again right now – in fashion, with toys and, of course, with furniture. But what is actually behind it? Retro furniture, for example, is characterized by the fact that the shape and color scheme of old design classics – for example, the organic character that defines a kidney-shaped table – and then transforms them. Retro furniture pieces are thus merely based on the old design, de facto they are produced anew. But what is likely to have been better in the past for most – even those who are not necessarily fond of retro classics – at least from a retroperspective, is the physical condition. At least related to endurance and a good condition. Who doesn’t think from time to time that they were fitter before?

But retro is not only found in almost all areas of cultural production, but also in mechanical engineering. For at least two to three years, this term has been appearing more and more frequently – albeit with an addition, namely as retrofit. Well, with reference to the explanations given at the beginning, the question arises whether this terminology is accurate. On the other hand, in the sense of the definition of fitness in principle, perhaps it is – because keeping fit leads to being efficient in everyday life and being able to withstand stresses and strains. This is precisely the goal: to make older machines suitable for use in the digital environment via retrofitting.

With this approach, it will be possible to integrate all machines into networked production lines sooner or later, but in any case in the foreseeable future. It is highly likely that the goal of a ‘smart factory’ can be achieved much sooner, since it is not absolutely necessary to completely replace the old machines with modern ones due to their lack of connectivity – which would be very cost-intensive – but rather to upgrade the existing plants with appropriate sensors and suitable communication technology (digital) so that networking is possible. Of course, depending on the individual conditions in the company, it is thus possible to achieve an increase in profitability through this retrofit.

At the same time, there is another good reason for adequately upgrading the machines: the ability to collect usable machine data that is required for analysis purposes – among other things, in order to be able to create forecasts, for example with regard to wear data. Based on this collected data, measures can then be derived, for example, for quality control and improvement or to optimize processes and thus reduce costs.

More monitoring, but greater need for IT security

This shows that the collection of data from existing machines – made possible by the sensors – is extremely relevant overall. The resulting benefit is in many respects beyond question. However, the potential can only be fully realized if an important aspect is taken into account: cyber security. Because with the increasing degree of digitization and networking, the risk of becoming a victim of a cyber attack increases. Companies need to be aware of this and make appropriate preparations, including analyzing their individual risk potential and reviewing the effectiveness of the IT protection measures they have taken.

This starts with the (correct) handling of data. There is a wide range of IT security measures that are recommended to protect data. But before creating and implementing an appropriate IT protection concept, companies must not only recognize that they have extremely sensitive and valuable data, but also know exactly where it is generated. Only on the basis of the resulting findings can adequate decisions be made. For example, how the machines are to be accessed – even remotely – or how and where the data can be stored securely. In this context, I believe it is essential for companies to have mature data security guidelines in place and also a procedure for responding to incidents and crises.

With regard to data security, there are certain measures that must be at the forefront: One is to restrict access rights in such a way that only authorized employees are allowed to access IT systems and information in the course of performing their duties. This is because access rights that are too broad are always at the very top of the ranking of critical points of attack, as this increases the risks with regard to data theft enormously. Furthermore, user accounts and data that are no longer needed but still exist should be deleted, and passwords with no time limit should be well protected against attacks by cybercriminals.

Of course, there are also basic IT security measures that are effective and relatively easy to implement: Network segmentation including the use of dedicated firewalls, encryption of data during transmission and storage, and authentication of employees and machines.

Whether everything was better in the past remains to be seen. In retrospect, there was of course a time when production machines were not vulnerable. But in the meantime, the circumstances have changed – and we have to accept that. This is one of the consequences, that due to the increasing complexity – which results not least from the fact that machines, network and IT technology of different generations are interconnected in a common IT environment – an appropriate protection of the production plants becomes increasingly indispensable. Or, to put it another way, the more digitization in production and manufacturing progresses, the more inadequate cyber security becomes a high risk.

This applies all the more to existing machines and systems that were not originally designed for integration into the network.

For this reason, it is essential to establish an adequate level of IT protection as quickly as possible – which is feasible thanks to the increasing availability of standard security products, as these can be integrated relatively easily.

In a retrofit an existing plant or a machine that has already been in use for a long time is retrofitted and improved with regard to requirements that now exist. This “modernization” of equipment is often a more cost-effective way of increasing energy efficiency, improving production quality, extending service life and meeting current legal requirements than purchasing new equipment. In addition, in many manufacturing operations, certain machines cannot be replaced but must be integrated into digitization measures, for example. Here, only a retrofit comes into question. 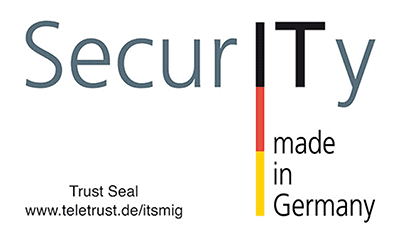 Our products are produced exclusively in Germany, which guarantees the highest quality and safeguards jobs in Europe. 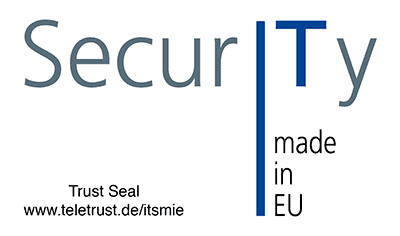 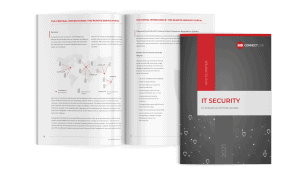